The rock community has seen several significant losses in 2021. We take a look at the musicians, actors, producers and others who have died below.

The year started with the death of Merseybeat pioneer Gerry Marsden on Jan. 3. Gerry and the Pacemakers were widely considered the Beatles‘ top local rivals in the early days. Another artist from the era, Phil Spector, was renowned for his “Wall of Sound” production. His death marked the end of one of music’s most controversial careers: He made some of the best pop music ever, but he ended up in prison for murder.

You can read more about 2021 deaths below.

Best of the Web 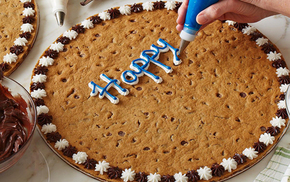 It appears that you already have an account created within our VIP network of sites on . To keep your personal information safe, we need to verify that it's really you. To activate your account, please confirm your password. When you have confirmed your password, you will be able to log in through Facebook on both sites.

*Please note that your prizes and activities will not be shared between programs within our VIP network.

It appears that you already have an account on this site associated with . To connect your existing account just click on the account activation button below. You will maintain your existing VIP profile. After you do this, you will be able to always log in to http://krock1017fm.com using your original account information.

*Please note that your prizes and activities will not be shared between programs within our VIP network.

Please fill out the information below to help us provide you a better experience.

KRock Ultimate VIP Club brought to you by:

KRock Ultimate VIP Club brought to you by:

Thank you for your request.